You are here ... Home | Things To Do | Formula1 Australian Grand Prix

It's an exciting time in Melbourne as we get ready to host the start of the 1st Formula1 Championship event for the year.

March sees the city's beautiful Albert Park Lake region transformed into a world class car racing circuit with twists and turns rivalling any around the world.

The Formula 1 Australian Grand Prix is the oldest motor racing competition held in Australia, the first race being held at Phillip Island in 1928.

In 1985 the Formula 1 Australian Grand Prix became a major part of the Formula One World Championship, held in Adelaide, South Australia until 1995.

In 1996 the The Formula 1 Australian Grand Prix race was moved to Albert Park in Melbourne, Victoria.

Albert Park is within easy reach to the central business district of Melbourne.

Serviced by adequate public transport, it is a convenient venue to host the motor racing competition.

The 16 turn circuit was built utilising a combination of existing public roads and a car park within the required area.

These public roads are closed off during the premium weeks needed for the race meet.

The Circuit Gilles Villeneuve in Montreal which hosts the Canadian Grand Prix is similar to the Formula 1 Australian Grand Prix circuit in as much as it is provides an excellent smooth racing circuit that tests the Formula One drivers and their teams.

This is the setting for where the Formula1 Australian Grand Prix race is held at Albert Park in Melbourne, Australia

Getting to the Albert Park Circuit

The best way to get to the motorway circuit would have to be by tram. On the weekend the tram service is FREE but be aware that public transport is going to be crowded, especially on race day.


Driving to the track each day - not a good idea, parking and local road access is severely restricted during the event. 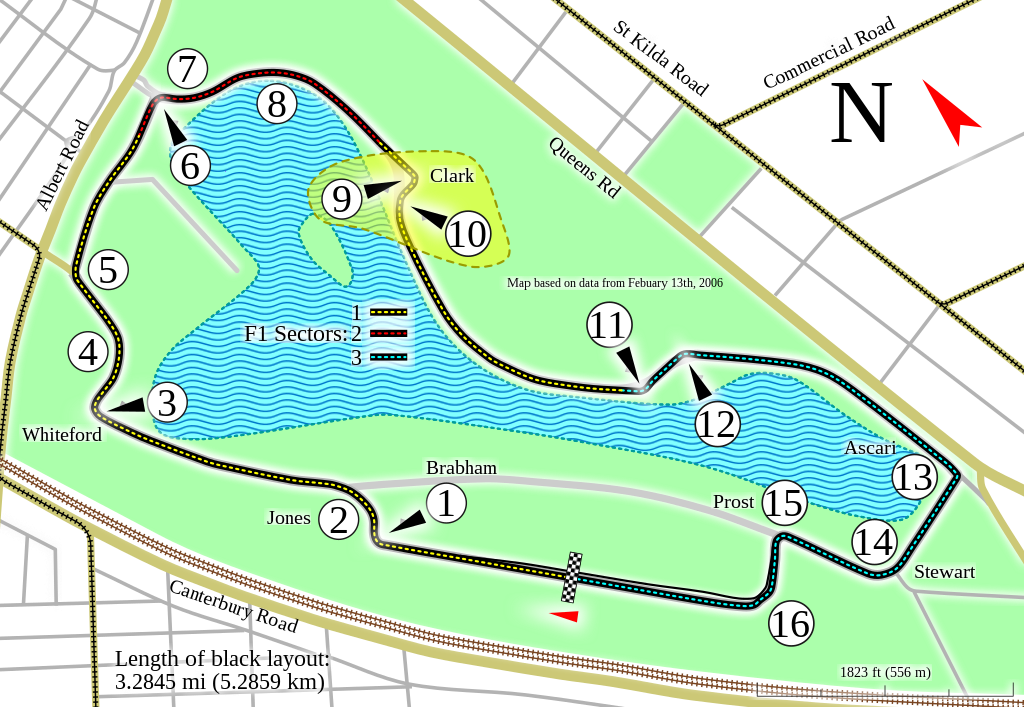 By Will Pittenger (Own work) [CC BY-SA 3.0 (http://creativecommons.org/licenses/by-sa/3.0)], via Wikimedia Commons 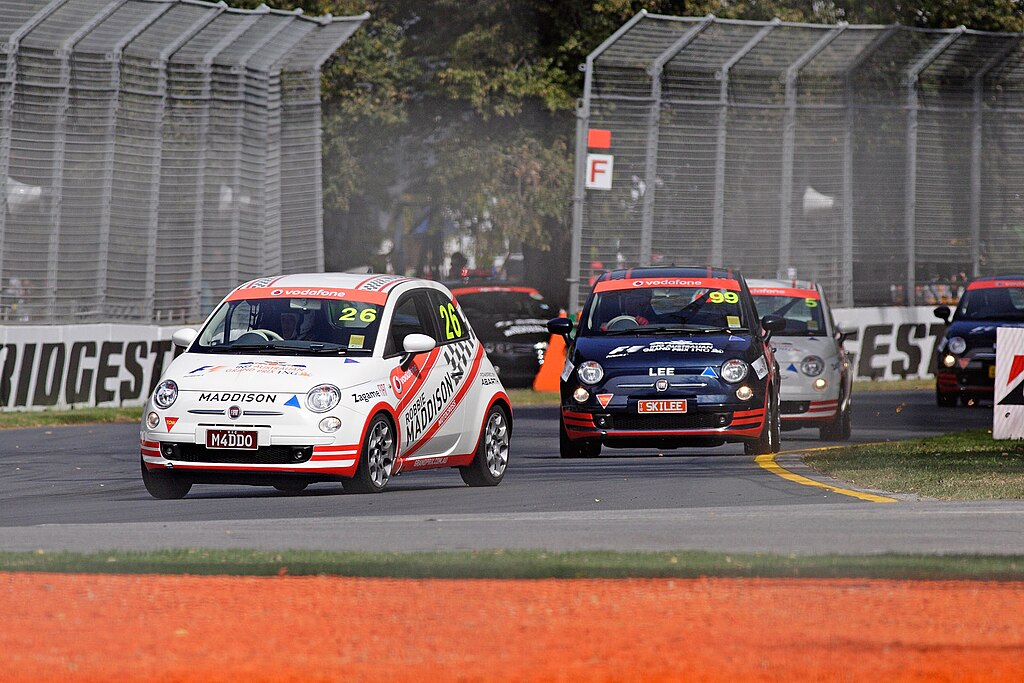 Alcohol is not permitted to be brought into the Formula 1 Australian grand Prix circuit. This is policed very heavily. Glass bottles and containers are also not allowed and bag searches are conducted at all entrances.

Pre purchased non-alcoholic soft drinks (in plastic containers) are allowed so long as they are unopened. If you hold a general public ticket you are allowed to bring in folded chairs and seating.

At the end of each day be prepared to have to wait in queues to leave. Public transport can also be quite congested so allow for this inconvenience. Saturday and Sunday will be the worst, just be patient.

Carry all those necessary bits and pieces you need for your Australian Grand Prix day out in this convenient and sturdy tote. Large enough to transport your drinks, cups, munchies and don't forget that autograph book to collect your hero's signatures.

Click the Buy Now button for more information and prices

Customize the color of the cap to suit and you can even add some text to really personalise it.

Have fun designing your own. It's easy to do just click the "Customize It" button and follow the directions.

Click the Buy Now button for more information and prices

My travel Partner, Booking.com has an excellent selection of accommodation for you to choose from and all close to where the action is happening.

Just click onto the banner image below to view these and more accommodation choices.

Check out the official website for the Formula 1 Australian Grand Prix for more details and ticket prices. And for the winners of the grand Prix over the past years see this page on Wikipedia.

Pin Melbourne's Formula 1 Australian Grand Prix To Your Pinterest Board

What's your Hobby? Ever considered turning it into a website?
Best time ever to do so!

Stay up to date with all that's new by subscribing to the Melbourne Getaways Newsletter.

Just fill in your email address and each month receive all the latest gossip.

The newsletter will keep you informed regularly, along with travel tips and suggestions, special announcements, deals and so much more.

COPYRIGHT © 2012-2020 Family Getaways Melbourne: ALL RIGHTS RESERVED REGARDLESS OF LINKS OR ATTRIBUTIONS.